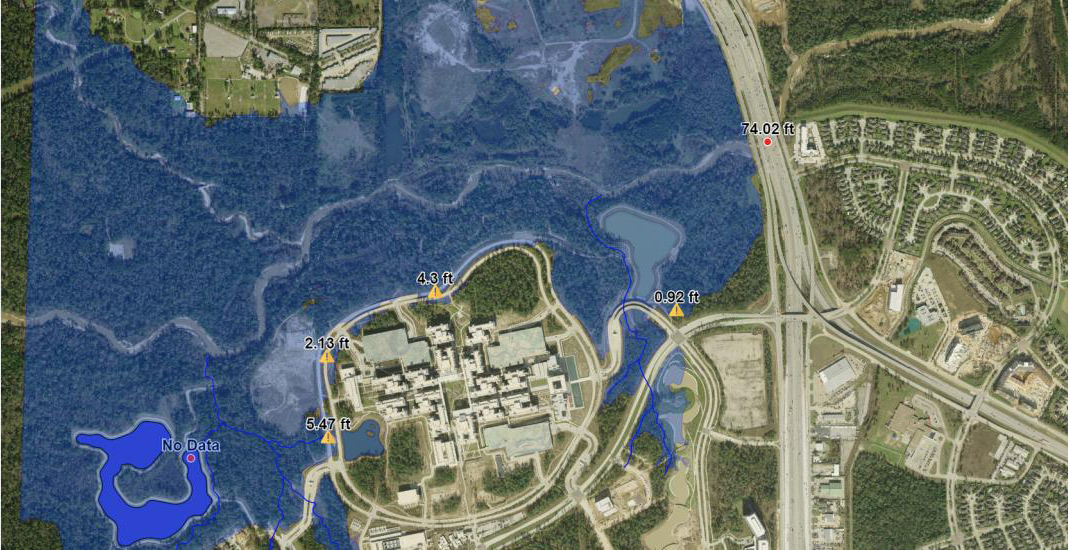 Hurricane Harvey dumped a colossal amount of water on Houston and the surrounding areas, breaking numerous flooding records and costing Texas and the federal government billions of dollars in clean up and recovery. The hurricane came shortly after two major flooding events and it was no surprise that our client, a major Fortune 500 company, expressed interest in a system that could help them prepare for other flood events that might threaten their office facilities near Houston, Texas. In response to a request from our client, our Software Development group created a comprehensive web application allowing client personnel to monitor water levels at both a nearby creek location and a retention pond near their facility. The application permits personnel to log in, create accounts, and monitor flooding conditions and any potential impact to their facilities.

As water levels rise, floodplains become visible on the map and warning points alert personnel to areas on campus with potential flooding issues. The application was built using Open Layers and operates similarly to Google Maps, but contains a custom control panel that allows users to raise and lower water levels, toggle between a topographical layer and an aerial layer and also view flooding effects from previous storms.